–Brian Hutchinson (Morehead State Athletic Director) – “David was an outstanding collegiate golfer for us.  His ability to translate the game as a teacher today is really special and his passion about it makes time spent with him…learning the game…unique and valuable.

–Kirk Ruggles (Shawnee State Hall of Fame Basketball player) – “I would say David’s biggest asset as a teacher/coach is understanding who you are teaching whether a beginner or someone who’s trying to get to scratch or better (me!).  You’re able to take the fundamentals of the swing, put the proper techniques in layman’s terms, and implement those teachings into results!!  That’s not an easy thing to do in any profession!!

– Alan Showater (Dunbar grad, committed to Franklin College golf team) – “My game has improved immensely since working with Mr. White.  He makes sure that he explains what he is teaching and that you understand it, so you can fix yourself on the course or at the range if needed.  He is very friendly.  He will ask you what you want to work on so that you have a say in the lesson.  I would recommend Mr. White to anybody who wants to take their game to the next level.”

Logan L. (2 time KY Jr. PGA player of the year) – “Best I’ve ever worked with.  Great ways to work on all aspects of the game.”

Austin R. (current student) – “You’ve not only helped my game the past 3 years but helped me grow as a person as well.  From short game to brushing my teeth in the morning!  And you hit the ball better than anyone I’ve seen.  Smooth like a Cadillac!” 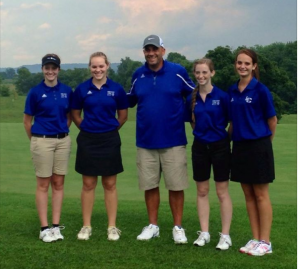